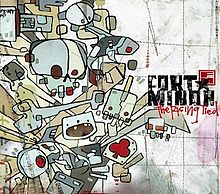 Shinoda handled production for the album. Jay Z, who worked with Linkin Park on their collaborative EP Collision Course, served as an executive producer for the album. Shinoda collaborated with many longtime friends (such as hip hop group Styles of Beyond, Jonah Matranga, Holly Brook and Linkin Park turntablist Joe Hahn), as well as many notable and underground hip-hop and R&B artists (such as Common, John Legend, Black Thought, Lupe Fiasco, Kenna, Eric Bobo, Sixx John and Celph Titled) for the album.

It spawned four singles: “Petrified”, “Remember the Name”, “Believe Me” and “Where’d You Go”, the latter of which was responsible for propelling Fort Minor to mainstream success.

The Rising Tied was met with positive reviews from music critics, who praised Shinoda for straying from mainstream hip hop stereotypes, as well as acclaim from internet and independent music publications. The Rising Tied was a moderate commercial success, peaking at number fifty-one on the Billboard 200.

[Hook: Skylar Grey & Jonah Matranga]
Where'd you go? I miss you so
Seems like it's been forever that you've been gone

[Verse 1: Mike Shinoda]
She said, "Some days, I feel like shit
Some days, I wanna quit and just be normal for a bit"
I don't understand why you have to always be gone
I get along, but the trips always feel so long

And I find myself trying to stay by the phone
'Cause your voice always helps me not to feel so alone
But I feel like an idiot, working my day around the call
But when I pick up, I don't have much to say

[Pre-Hook: Mike Shinoda]
So, I want you to know it's a little fucked up
That I'm stuck here waiting, at times debating
Telling you that I've had it with you and your career
Me and the rest of the family here, singing "where'd you go?"

Shit, I find myself just filling my time
With anything to keep the thought of you from my mind
I'm doing fine, and I'm I planning to keep it that way
You can call me if you find you have something to say

[Pre-Hook: Mike Shinoda]
And I'll tell you, I want you to know it's a little fucked up
That I'm stuck here waiting, at times debating
Telling you that I've had it with you and your career
Me and the rest of the family here, singing "where'd you go?"

[Bridge: Mike Shinoda]
I want you to know it's a little fucked up
That I'm stuck here waiting, no longer debating
Tired of sitting and hating and making these excuses
For why you're not around, and feeling so useless

It seems one thing has been true, all along
You don't really know what you got 'til it's gone
I guess I've had it with you and your career
When you come back, I won't be here and you can sing it

[Outro: Mike Shinoda, Brad Delson, & Jay-Z]
When you made me that initial batch of songs
I was like, that's the shit, right there
Alright!